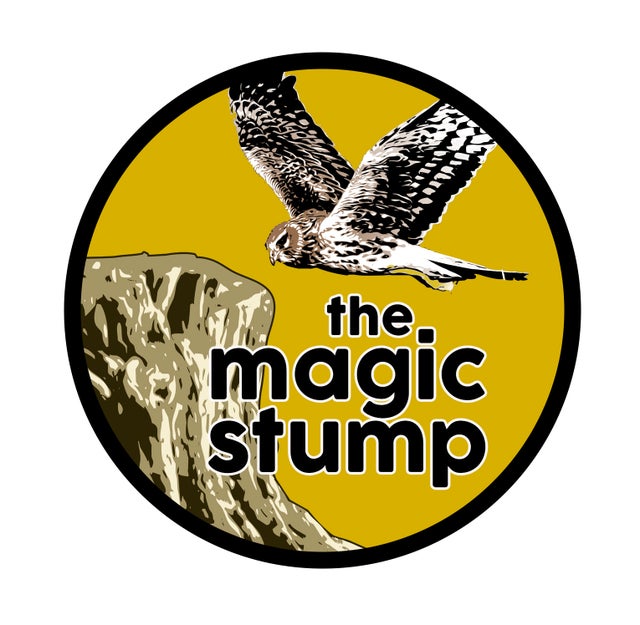 "The Magic Stump" is a new documentary film project by TURNSTONE and "Monty and Rose" filmmaker Bob Dolgan. "The Magic Stump" tells the story of an Illinois tree stump that's attracted a phenomenal variety of wintering raptors through the years, including two rare Prairie Falcons. The documentary is currently in the development phase. The goal of "The Magic Stump" is to draw attention to the plight of raptors that winter in our highly altered agricultural landscape. The plan is for this film to be the first in "The Prairie State" series that will feature the landscape that once dominated Illinois.

A purchase of this sticker, designed by Pamela Sloan of Endangered Species Art, will result in having your name in the credits of the new film!

To learn more about the film project, and watch the trailer, visit this website.